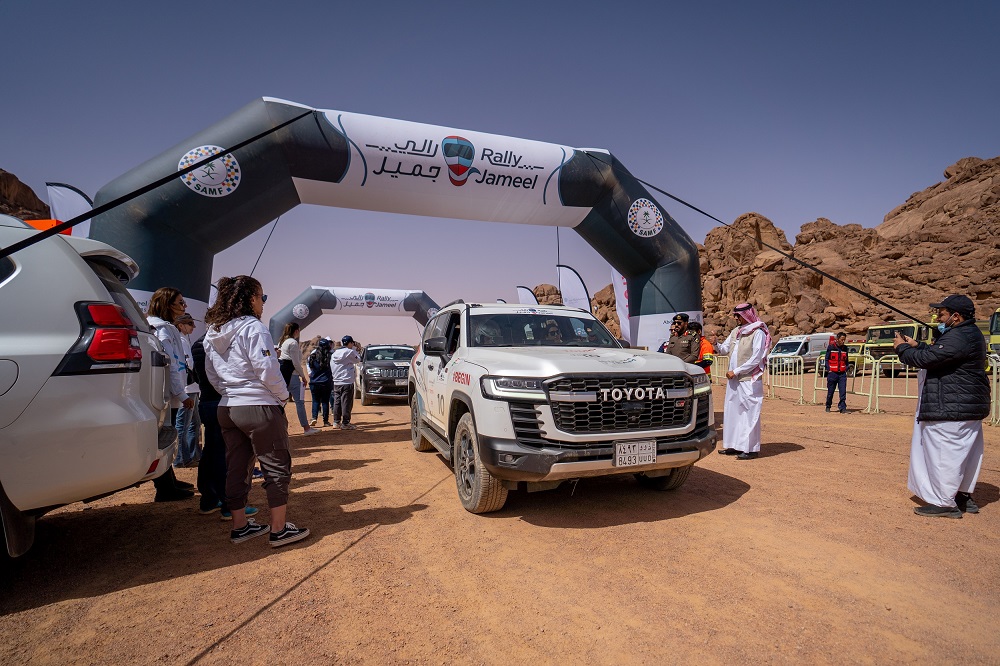 With Day One of Rally Jameel completed, successful Dakar racer and Saudi national Dania Akeel, and co-driver Susana Hernando lead by just over three points in their Toyota Land Cruiser GR, ahead of fellow Saudi Arabian driver Manar Alesayi and her British co-driver Lauren Bradley in a Jeep. Only half a point behind them in third is the Swedish team of Dakar class winner Annie Seel and co-driver Mikaela Åhlin-Kottulinsky in their Toyota RAV4.

“It was a great day and a good experience for both me and my co-driver. Both of us have never done something like this before,” said Alesayi. “But we are passionate about rallying and cars in general. Ever since I was young, I wanted to have something to do with car racing, but we had no expectations and were both nervous, but also hopeful. Being second today was a shock, especially to be between two famous Dakar racers. My aim is to finish the rally, have a good time and see this experience for myself.” 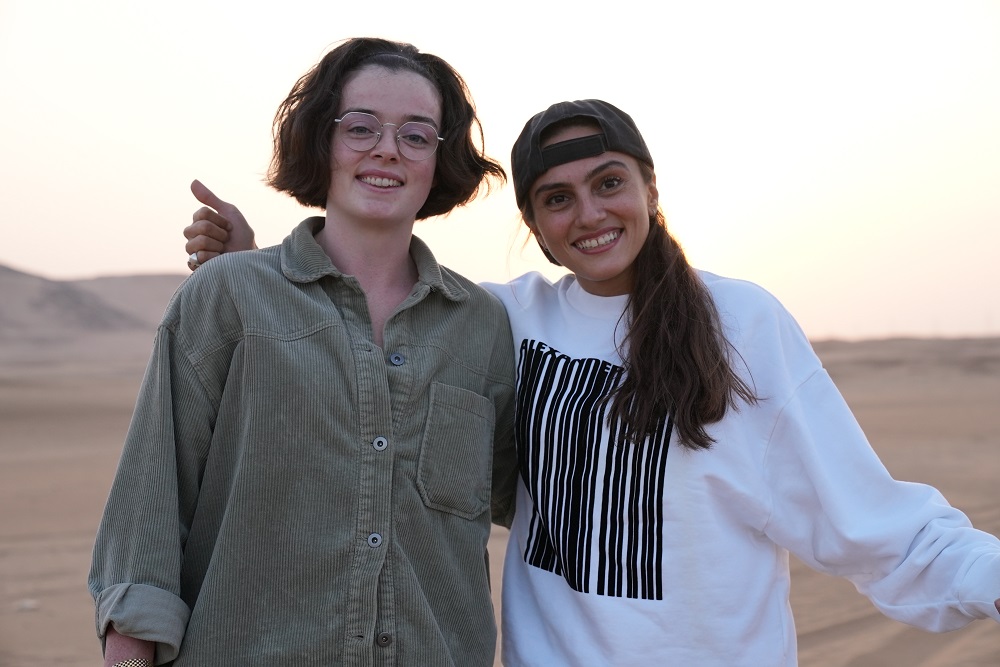 The navigational rally, which is not designed as a speed test, started at Jubba, a UNESCO site featuring rock art. It then headed to Tuwarin Village. The rally now moves on towards the area of Uyun AlJiwa in the Al-Qassim region, which features the famous Antar and Abla rock. They will then stop overnight in Al-Qassim bivouac. The following day the rally will head to the capital Riyadh, via hidden checkpoints and challenges.

The eventual overall winner is the team that builds up the most points by the end of the rally, by arriving at the correct times to the various checkpoints and daily finish.

The event is being organized by Abdul Latif Jameel Motors and Bakhashab Motorsports, and sanctioned by the Saudi Automobile & Motorcycle Federation (SAMF).

إدارة رالي جميل • Rally Jameel Management
Should you choose to proceed in accessing this website, non-permanent cookies will be placed on your device to enhance your experience whilst using the site. If you do not wish to have such non-permanent cookies placed on your device please exit the site now. Alternatively, please click "Close", to proceed.
.
Cookie SettingsClose
Manage consent